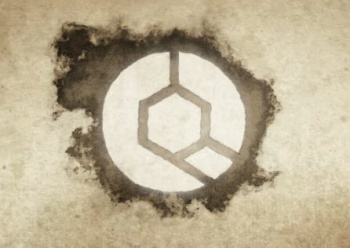 Ubisoft, masters of the slow reveal they are, have launched the teaser site for Assassin's Creed 2, which should enlighten and confound watchful observers in equal amounts.

Assassin's Creed 2 has just gotten the full teaser site treatment chock-full of cryptic hints and informational dead ends. Upon visiting the site (and waiting through the long load time), you'll be treated to a brief teaser trailer of sorts, which shows some Leonardo da Vinci-esque sketches of a man with a mechanized blade attached to his wrist, which looks an awful lot like the weapon hero Altair wielded in the first game.

Altair, who did his face stabbing during the Crusades, lived some centuries before Da Vinci. Which means that Assassin's Creed 2 probably takes place long after Altair's death and more than likely is set during or around the Renaissance. Venice was previously the subject of rumors regarding the game's setting - the teaser seems to confirm that the game will indeed take place in Italy, at least.

The site's title is ANIMUS and the Animus logo from the first game appear frequently throughout the site. On the "Animus" page proper, a number of unfilled sections are titled as "M.FRAG"s, which most likely stands for memory fragment. In the first game, the modern day protagonist experienced his ancestor Altair's past through this Animus machine that pieced together genetic memory fragments, or some sort of nonsense like that. Judging by the ubiquity of references to the Animus, we can guess that the game'll take the same sci-fi future-historical approach to its story.

That at least is mostly clear from the teaser. As for everything else, we're mostly in the dark. The trailer reveals a glimpse of a hang-glider of sorts, perhaps suggesting that we'll be taking to the skies to perform some air assassinations?

Furthermore, once the trailer ends, the site displays an enigmatic logo. Dig around and, among a bunch of dead ends, you'll be forwarded to a PDF of that logo, along with instructions to print it out and then hold it up to a webcam while doing a silly dance, and then you can unlock some Jade Raymond wallpapers.

Okay, those last two parts aren't true. But everything else is. Lacking a printer and webcam, I didn't get a chance to toy around with this, but following the instructions apparently reveals a 3D model of an arm with a wristblade. That doesn't really answer anything, but I'm sure there are some more nuggets of info hidden around the site that might be more visible to people with more vivid memories of the first game than I. Can you guys find anything?