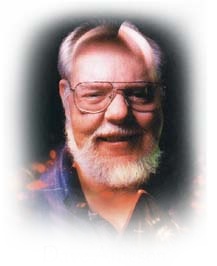 The Escapist expresses its sincere condolences to the friends and family of Dave Arneson.

In his youth, Arneson was fond of wargaming, specifically naval wargames. As a student of history, Arenson combined his passion for gaming with historical events, frequently running "what-if" scenarios for famous battles of ages past. His love for tabletop gaming led him to a fateful meeting at Gen Con in August 1969, where he met a young man named Gary Gygax.

Together with Gygax, Arneson was responsible for co-creating the influential tabletop role-playing game Dungeons & Dragons, with the first edition published in 1974. While Gygax and Arenson would eventually part ways, their work would pave the way for hundreds of tabletop RPGs - and did more to popularize and define the modern High Fantasy setting than virtually anyone since J.R.R. Tolkien.

Arneson would go on to focus development on his own Blackmoor tabletop campaign, and later became a teacher of a game design course at Full Sail until he retired last year.

Since suffering a stroke in 2002, Arneson's health declined, and he struggled with cancer - a condition which suddenly worsened late last week, when he checked into a hospital with a "poor" prognosis. After some confusion with conflicting reports on the 7th, Arneson lost his fight against cancer last night with family at his side. Gygax himself passed away last March.

Sources close to the man have confirmed the sad news. "Dave Arneson, who I had the pleasure to finally meet in 2004, was a titan of creativity. His contribution to the creation of role-playing games, and through them the entire ecosystem of CRPGs, MUDs, and MMOs that grew from them, was immeasurable. The game industry would not be the same today without his work," said Alexander Macris, publisher of The Escapist.