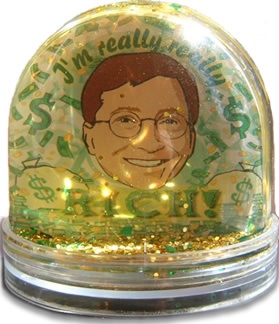 A federal judge has ordered Microsoft to pay $380 million for infringing on a patent from Uniloc.

Uniloc, in California, makes software that prevents you from installing the same program on multiple machines. The suit claims that Microsoft XP and Office do a bit too much of the same thing, thereby infringing on Uniloc's patent.

The suit began six years ago but this week the court finally ruled in Uniloc's favor. Unsurprisingly, Microsoft is looking to appeal against the judgment.

"We are very disappointed in the jury verdict. We believe that we do not infringe, that the patent is invalid and that this award of damages is legally and factually unsupported," said Microsoft spokesman David Bowermaster.

Maybe they should ask the US for more?