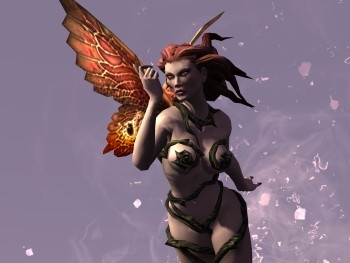 Gamers have expressed their appreciation and thanks for Stardock's liberal, gamer-centric approach to DRM by pirating its new game Demigod to such high levels that the studio's network infrastructure was brought to its knees.

In yesterday's Day One Status Report, Stardock CEO Brad Wardell revealed that the company's network was clobbered by a heavy influx of users anxious to get online with Demigod, the vast majority of whom were running illegitimate copies. "The system works pretty well if you have a few thousand people online at once. The system works... less well if there are tens of thousands of people online at once," he wrote. "And if there are over 100,000 people, well, you get horrific results such as the game being incredibly unresponsive due to simple web service calls that were considered pretty benign during the beta that suddenly start to bring down firewalls and such due to the sheer massive number of calls that are being made."

"Sadly, most of the ~120,000 connections are not customers but via warez," he continued. "About 18,000 are legitimate. So anyway, we spent a lot of time today trying to isolate out the warez users from the legitimate users (it would require a lot of surgery to actually break them and even if we did, there'd be no friendly 'ha ha pirate' message which would result in people just saying the game is buggy)." Wardell said Stardock was trying to "shuffle off the warez users" so legitimate customers will have a better opportunity to connect and play the game.

Along with at least one sub-par review, Wardell said the sheer number of people trying to connect to the system also resulted in some "weird secondary issues" popping up, such as the discovery of an older network card that simply couldn't handle the huge volume of tiny packets being sent out at once. "Before the game shipped, I wrote a scary email to our team saying how disastrous things would be and predicted doom for us and GPG if there were problems with multiplayer," he wrote. "At the time, my worry was about things like disconnects and CVP. It didn't occur to me that we'd have near MMO user connections to throw in."