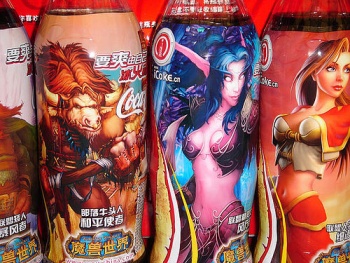 Activision-Blizzard reps confirmed rumors that the company will be dropping The9 as the operator of World of Warcraft in China.

The9 gained the rights to distribute and manage the proverbial 600-pound gorilla of MMOs in China back in June 2005. The four-year contract between The9 and Blizzard is set to expire this June, and the popular PC developer confirmed rumors that they do not intend to renew their partnership with the Chinese firm.

Instead, the Chinese version of Azeroth will be put in the hands of The9's competitor NetEase. NetEase is no stranger to Blizzard games, as it is the Chinese operator of Warcraft III, the upcoming StarCraft II, and Blizzard's Battle.net online service. The three-year contract between Blizzard and NetEase is scheduled to expire in summer 2012.

This move comes as a heavy blow to The9, whose revenues doubled the year after it took control of WoW operations. Earlier this year, The9 reported that Azeroth was still growing, reaching a peak of one million concurrent users playing simultaneously in February.

Wedbush Morgan analyst Michael Pachter thinks that the switch from The9 to NetEase was done for primarily financial reasons: While Acti-Blizz has an estimated 22% royalty rate for WoW income in their partnership with The9 (about 50-55 million USD annually), analysts are predicting that the NetEase agreement would come with royalties of at least 55% - resulting in annual revenue of more than $140 million every year. So switching to NetEase puts approximately $90 million more in Blizzard's gold-lined coffer every year.

Incidentally, Activision-Blizzard is set to outdo its quarterly expectations for the March quarter this year. Expectations might have been high - an $860 million net revenue goal is certainly nothing to sneeze at - but strong sales of Call of Duty, Guitar Hero, and of course World of Warcraft are anticipated to help the publishing powerhouse surpass even that lofty mark.

Guess someone's still doing well in this economy, huh? ...probably not The9, though.