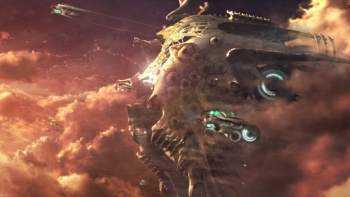 A recent tech analysis of Final Fantasy VII: Advent Children Complete and the accompanying demo of Final Fantasy XIII, has revealed that the trial demo alone weighs in at an astounding 5.09 GB

The analysis, which came from a Japanese blog, found that the bulk of the data was a result of two video files in the demo. An article detailing the blog: "Further analysis of the files in the demo show that there are two big movie files, one of which is 2.04GB (z016_ps3.wmp), and the second is 2.37GB (z000_ps3.wmp). This means that 4.41GB of the demo is just video."

This is troubling news for Xbox 360 owners as the demo is only an hour long, sure to create storage issues with the final game. Wikipedia says that the absolute maximum capacity for a double-sided, double-layer (meaning the disc would have to be flipped)DVD is approximately 17 GBs of information, as opposed to 50GB for a double layer Blu-ray disc. This obviously means that there will be a graphical discrepancy in the PS3 and 360 versions of the game unless the 360 ships with substantially more discs than ever seen before.

The enormous size also severely cripples the chances of the demo, in its current form at least, from finding its way to Xbox Live or PSN. Video compression could be a possible answer to trimming some of the size for the purposes of getting a demo out, though if such measures are taken with the 360 retail version, the internet is likely to collapse from the simultaneous gloating of PS3 fanboys worldwide.