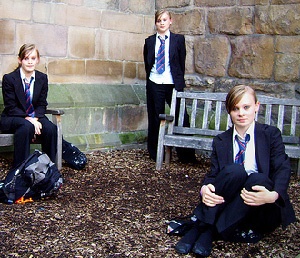 A controversial fertility doctor has announced that he will be able to clone human infants within the next two years, offering hope for scatterbrained parents prone to misplacing their newborns.

Over the last few years, Dr. Panayiotis Zavos has been conducting experiments into human cloning in a secret lab believed to be located in a Middle Eastern country. So far Dr. Zavos claims to have cloned 14 human embryos, 11 of which have been transferred into the wombs of female patients, reports Sky Online.

"We are not interested in cloning the Michael Jordans and the Michael Jacksons of this world," the doctor stated, adding "The rich and the famous don't participate in this ... My ambition is to help people."

The doctor's promise -- that of cloning an actual, living human baby within two years -- is the result of his having supposedly witnessed "vigorous growth in 30 cell embryos" prior to their being implanted in a living womb.

Assuming Dr. Zavos' claims are legit, his research still faces a number of legal hurdles. Not only is cloning humans illegal in most first world countries, the religious factions ruling the vast majority of second and third world countries have expressed objections based on their respective holy texts.

Even forgetting that however, Zavos' research raises an endless number of ethical and moral questions, not the least of which is whether a human clone is actually a human.

Do clones have souls? Do clones deserve the same rights offered to humans created through more traditional genital-based methods?

And, most importantly, if you found out you had a clone, would you make out with yourself?