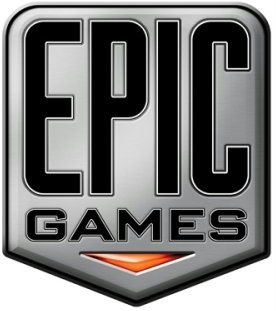 The argument stems from statements Capps made during a 2008 IGDA panel in which he implicated that employees only willing to work 40 hours a week at Epic Games would not fit in at the company. Capps is himself a board member of the IGDA, a group whose main goals include establishing and maintaining a "Quality of Life" standard for game developers. Many frustrated IGDA members have seen his comments as a promotion of unfair business practices. Independent games designer Greg Costikyan took particular offense to the comments:

"The notion that a fucking board member of the IGDA should defend (and indeed, within his own studio, foster) such exploitative practices is offensive [...]"

Capps responded to the allegations in a recent interview, defending the extra hours as nothing more than an indicator of the developer's passion and personal investment in the project.

"Honestly, I'm not sure which of the various things that got everybody so upset. I think the main one was that if someone walks into the door and says, 'I refuse to ever work past 5pm, I'll never work more that 40 hours a week and you can't make me,' they're probably not a fit for us. Just the same way they wouldn't be a fit, I assume for you, if they said, 'Well, I'll do E3 but I'm out at 5 and I'm not writing any articles till the next morning.' [...] So to have someone walk in and say they refuse to ever crunch for an E3 demo, it's kind of silly. It just shows that they're probably not passionate about what they do. That's very different from saying that we force people to work hard all the time."

Capps focuses on explaining his belief that the longer hours are usually only during the last 2 months of development, and for the most part, he has more trouble getting people to go home at night rather than having to convince them to stay.

While there's no problem with an individual putting in a little extra time for something they're personally invested in, it becomes a problem if that "passion" becomes an unspoken excuse for only hiring devs who agree to atrocious hours. Capps makes some good points in the interview, and the incentives the developers see from launching a successful game on time seem to justify the extra hours. Even so, it's a sensitive issue with good arguments on both sides. What's your take on it?