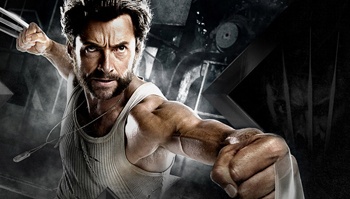 The unfinished workprint of the new Wolverine film was apparently not as unfinished as first thought.

When an unfinished version of X-Men Origins: Wolverine was leaked onto the internet, Fox were quick to announce that it was a "stolen, incomplete and early version", but some people are saying that the leaked workprint was a lot more finished than Fox were letting on.

According to Ain't It Cool News, the leaked version was only missing some effects and some audio, but was complete in every other way. Contributor 'Veritas' has this to say about the film:

"Well, having seen the finished film, the mystery is solved: the workprint version IS in fact identical to the release print, sans effect and some audio work. It's obvious that FOX is trying their darndest to keep this news from getting out, because it will eliminate most of the motivation for people who have seen the workprint to pay for a ticket."

Of course, we're going to have to wait and see if Veritas is living up to his or her name and telling the truth, but with all the pseudonyms and intrigue flying around, even the coverage is starting to feel like a superhero movie.