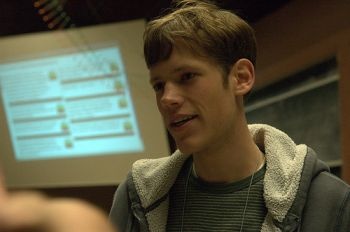 The results of the third annual Time 100 Poll are in and the irresistible force that is the internet has declared the winner to be none other than Moot, the founder of 4chan.

Moot, real name Christopher Poole, beat out poll finalists including basketball star Kobe Bryant, conservative pundit Rush Limbaugh, U.S. President Barack Obama and a host of other popular and political figures from around the world. While he came in second place in number of total votes behind Filipino boxer Manny Pacquiao, he nonetheless dominated the poll with an average rating of 90, compared to overall second-place finisher Anwar Ibrahim, the Malaysian opposition leader, who managed an average rating of 47.

Of course, this is an internet poll, which means there's plenty of room for discussion, debate and wild, profane flaming. There will no doubt be many who question the selection of the man who launched 4chan as the world's most influential person but Time Managing Editor Josh Tyrangiel points out that the choice is no more or less valid than the selection of Nintendo genius Shigeru Miyamoto in 2007 or Korean pop sensation Rain in 2006. "I would remind anyone who doubts the results that this is an Internet poll," he said. "Doubting the results is kind of the point."

Unleashed on the public in October 2003, 4chan is an imageboard forum responsible for most memes and "internet in-jokes" that have made the rounds online over the past few years. 4chan is perhaps best known as the home of "/b/," the random image board infamous for its no-rules policy, anarchic environment and all-around viciousness. The site is also strongly associated with Anonymous, the fluid, shifting internet subculture dedicated to the principle that "none of us are as cruel as all of us."

So congratulations and lulz to Moot for his world-beating victory. Truly, the internet has spoken.