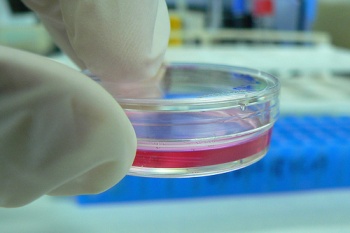 Reassuring both scientists and new age hippies, recent discoveries in the field of genetics seem to indicate that our own bodies are the most potent weapon in the fight against HIV.

Specifically, scientists have discovered long-dormant genes that they believe would be able to make the human genome resistant to Human Immunodeficiency Virus, if only they were still functional.

Dubbed "junk DNA," these fragments were long ago rendered useless during the normal course of human evolution, for reasons ranging from the theoretical inefficiency of humans with giant bat wings to simple mutations in the way our cells process energy.

A group of scientists noticed that our simian ancestors expressed a protein called retrocyclin that essentially renders them immune to HIV. Hoping to find a way to introduce the same immunity to humans, the group discovered that we too had the same genetic ability to create retrocyclin, but that it was turned into junk DNA long ago for no discernable reason.

So how did the scientists attempt to "reawaken" the junk DNA? Using a compound called aminoglycoside, the group intentionally introduced errors in the way the RNA encodes the human genetic structure, creating a copy in which the junk DNA is no longer non-functional. As they'd hoped, the reawakened genes were able to create retrocyclin and fend of HIV in a group of test cells.

If all goes well, the scientists hope this research could lead to an actual HIV/AIDS vaccine, though even under the best circumstances that could be years, if not decades, away.

Normally this is where I'd explain how this research will almost certainly kill us all in the next few years, but unless you're a being comprised entirely of the AIDS virus, this is a very cool discovery.

And if you are a sentient AIDS creature, well ... ew.