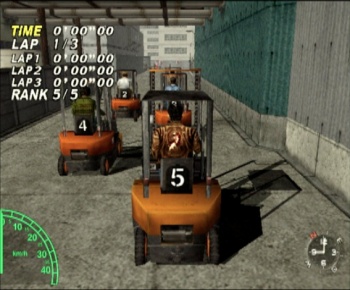 Japanese gaming magazine Famitsu asked its readers what sequels they'd like to see the most. The resulting top 50 list features some familiar and unfamiliar franchises, but is, most of all, very Japanese.

Some dreams, like Mother 3 getting localized or world peace, just aren't worth having. They're never going to happen. Other dreams, however, are worth compiling into a top 50 list for the rest of the world to gawk and wonder at. That's what Japanese gaming magazine Famitsu Weekly did recently - they asked their readers to vote on their most wanted sequels and then compiled the results into a top 50 list that most anyone outside Japan will probably find completely inexplicable.

Take the winner of the poll, for instance. Strategy-RPG/dating sim franchise Sakura Taisen, otherwise known as Sakura Wars, was the most requested sequel with 267 votes. I wouldn't be ashamed of not knowing about it unless you're a Sega fanboy or major otaku. Second on the list with 249 votes is lost Sega franchise Shenmue, followed by Capcom/Clover Studio's Okami with 204 votes. Rounding out the top five are GameCube title Gotcha Force (what?) and Square-Enix's JRPG epic Xenogears, which had a spiritual successor in the form of Xenosaga but never a direct sequel.

Other notables on the list include SRPG games Valkyria Chronicles and Ogre Battle, your expected requests for new Mother and Chrono games, and what I personally would have voted for (aside from Vagrant Story 2), Jet Set Radio. There are also plenty of WTF entries like the infamous Metal Wolf Chaos and forgettable action-shooter Bullet Witch. Bullet Witch had a hot female lead character with a giant gun. I guess there's your explanation for that one.

The full list is on display here. How would you guys revise it?

Gallery of the Day: 8 Sequels Coming To You In 2014 DrStrangelove 2 Comments
Comments on