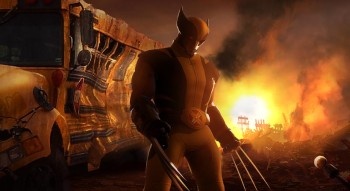 The Canadian videogame industry has been hit with its first quarterly drop in sales in seven years, but analysts say the slide can't be blamed entirely on the recession.

The NPD Group said year-on-year videogame sales declined 8.5 percent in the first quarter of the year, the first such slide since the research company began tracking sales figures in 2002. The number applies to the industry as a whole but as Gamasutra noted, the bulk of the decrease resulted from slowing hardware sales: Home console sales were down 14.5 percent while handhelds slipped by an even more dramatic 21 percent, compared to a 7.5 percent drop in home console game sales and only a 1.5 percent reduction in handheld software.

Surprisingly, the NPD says the most obvious cause of the downturn - the recession - isn't at fault here. "It may be tempting to attribute the decline in sales to the current state of the economy," said analyst Matthew Tattle. "However, on closer inspection, the first quarter of 2009 lacked the number of blockbuster titles that drove sales during the same period last year." Among those titles, he said, were Guitar Hero III: Legends of Rock, Rock Band and Super Smash Bros. Brawl.

Tattle's analysis matches that of Wedbush Morgan's Michael Pachter, who said last week that a 17 percent year-over-year dip in game sales in the U.S. was due primarily to the lack of "must-have" titles like Super Smash Bros. Brawl. He also noted that April could be even worse as the industry runs up against the mark established by the 2008 release of Grand Theft Auto IV, which drove sales of both the Xbox 360 and PlayStation 3.