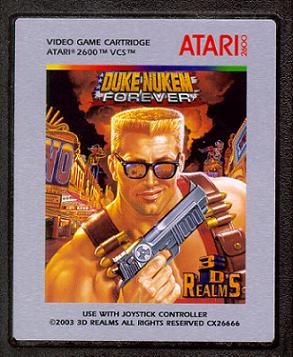 Sources have told The Escapist that once-mighty studio 3D Realms will be closing its doors.

Though 3D Realms has yet to provide a reason for the closure, it's not too hard to guess that it has something to do with Duke Nukem Forever's turbulent development history. The game was originally announced in late April of 1997, then spent over twelve years in development hell. Despite George Broussard's claims that the title had "hit a major milestone" last month, there hadn't been even the barest hint of a demo build. If your answer to the question, "So, you've been working on this game for twelve years ... got anything playable to show?" is "No, not really..." then it'd be understandably difficult to convince people to keep funding a project.

As for right now, the fate of gaming's most famous vaporware is undetermined. It's possible that there could be a sudden savior to swoop in and save the infamous title and studio from the brink. It's possible that 3D Realms might be able to just slap something together and hope for the best, but none of that is really likely.

The Escapist has contacted 3D Realms for a statement and is awaiting a response.