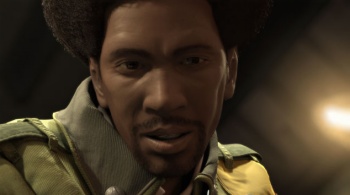 Don't tell Yoshinori Kitase that Final Fantasy XIII's a JRPG. Though the game seems chock-full of JRPG tropes to Western eyes, and the Final Fantasy series as a whole essentially defines the genre for many of us, Kitase doesn't think the game, or the franchise, can be narrowly shoehorned into a category.

"There's a trend these days to strictly categorize games as western RPGs or Japanese RPGs," Kitase told EDGE after they made the suggestion that Final Fantasy is the quintessential JRPG. "But Final Fantasy is something that we don't try to categorize as either/or. For us, the game straddles genre."

One specific way that FFXIII differs itself from most JRPGs is the way it tells its story, Kitase thinks. "In terms of the story we're certainly looking to improve and build upon the characters," he explained. "This is a story that's told from multiple points of view and we have whole chapters of the game that are devoted to a single character and his or her story." Sounds like Rashomon. Or Dragon Quest IV.

How exactly FFXIII "straddles genre" we'll have to wait to see, but I'd say that Kitase does have something of a point. Even though Final Fantasy = JRPG over here, the series has continually shown a willingness to try new things - let's not forget the battle system in FFXII or the fact that FFXI was an MMOG.