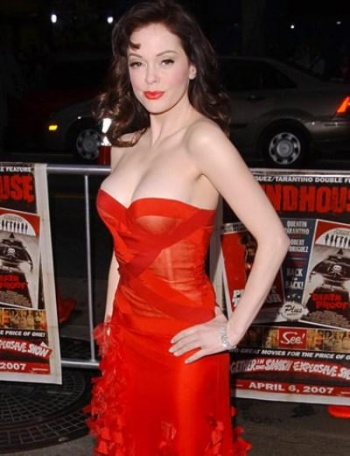 Could a remake of possibly the cheesiest movie of all time be coming? Sadly, the answer is no.

How do you describe Barbarella to someone who hasn't seen it? Imagine a 40th century Wizard of Oz, where Dorothy seduces everyone she meets. Now, reduce the effects to a bare minimum, and turn the cheese factor way past Flash Gordon levels and you have a movie that's tailor-made for Mystery Science Theater 3000.

The guy behind Sin City, Robert Rodriguez, wanted to bring this hippy heroine back to our screens so that a whole new generation of movie goers could look it and say, "What the hell?"

Unfortunately, it looks like it's not going to happen. Universal was originally happy to go along with it, but as the budget swelled to Terry Gilliam levels, the studio backed out. Rumor has it that it also didn't think that Rose McGowan had the star power for a blockbuster.

There was a brief respite in which the Germans would front $70 million, but only if the film was shot in Germany. Much as Rodriguez wanted to, the thought of leaving his five kids alone for that long made him turn it down.

"It was a real bummer. We had all this artwork and screen tests of what it would look like. It was a really cool, R-rated, sexy version of a Star Wars movie... it was gonna be really great," said Rodriguez.

There is a happy ending, though. Instead of becoming the new Jane Fonda, Rose will instead take the place of Brigitte Nielsen as the new Red Sonja.