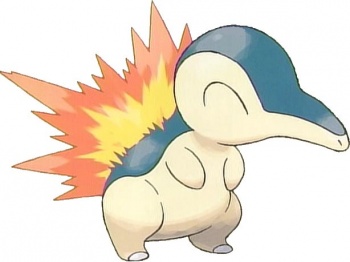 The first details on Nintendo's DS remakes of Pokemon Gold and Silver have arrived, and the classic titles are getting a taste of extreme sports and gender equality. What more could you ask for?

The cat's out of the pokeball when it comes to Nintendo's DS remakes of Pokemon Gold and Silver, with the first details, footage, release date and even mention of a US release all revealed recently.

The Gold/Silver remakes, titled in Japan as Pokemon Heart Gold and Soul Silver, feature the same 3D-ish graphical style that Diamond/Pearl/Platinum use, with the one visual different that I can spot from the released footage being that your starter Pokemon (or maybe others) follows you around outside, just like Pikachu in Pokemon Yellow.

As for gameplay, Japanese magazine CoroCoro revealed that the games will boast expanded Wi-Fi features (presumably all the online stuff current-gen Pokemon games have), the probable appearance of the Kanto map from Red/Blue, the ability to ride a skateboard as well as choose to make your character a girl (who's a new trainer and not the girl from Crystal).

The game will be released in Japan on September 11, while pre-orders will begin on July 20th to coincide with the new movie. And while nobody's going to be surprised when Nintendo announces these games for the West, there is some official confirmation: as Siliconera noticed, the company filed patents for Heart Gold and Soul Silver on May 7th.

UPDATE: Turns out the 9/11 release date and skateboard info might have been fabricated or misconstrued somewhere in translation, so don't take those to be confirmed. Guess Nintendo is either aware that date is a bit controversial or hates extreme sports, or both.