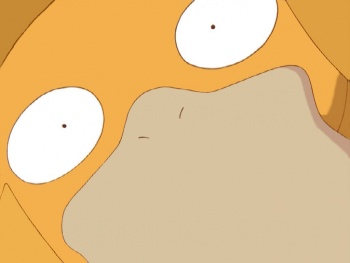 Pokemon might be mostly cute and adorable little critters today, but according to an interview with Nintendo president Satoru Iwata, Nintendo once considered giving Pikachu and gang a more muscle-bound spin for the US market.

It's no secret that we here in the United States of Amurrica like prefer our massively merchandised videogame and cartoon characters to be built like The Terminator and sporting a healthy dose of extreme attitude. Street Sharks, anybody?

Funny to think that Pokemon became such a bonafide phenomenon, then. Aside from Pokemon like Machop and its evolutions, Hitmonchan/lee, and maybe Dugtrio, most Pokemon are of the cute and/or cuddly variety, and if not, then they're certainly not muscle-bound monstrosities.

It didn't have to be this way, however. In a recent interview, Nintendo president Satoru Iwata revealed that way back when, when Nintendo was first planning on bring Pokemon to the States, they were considering giving the characters a few shots of performance enhancing drugs to make them more palatable to American sensibilities.

"We were sent a proposal of muscle-bound characters to use if we wanted to do well in the U.S.," Iwata recalled.

Fortunately for the world at large, Nintendo's top dogs vetoed the idea. Then-president Hiroshi Yamauchi considered the project of getting Americans to like cute characters to be a challenge, and thought it might just be possible that cuteness was something unique enough to be appealing to Western audiences.

Well, if you take their word for it, it sounds like Nintendo is taking sole credit for making "cute" an acceptable if not desirable attribute for a pop culture franchise to have, or even for bringing cuteness to the West, period. Don't sell us so short, Nintendo. We had a license on cute long before Pikachu came around. Remember Full House? The Olsen Twins? Yeah. Case closed.