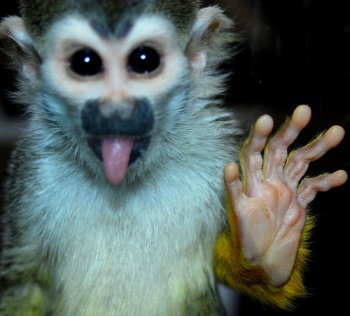 Offering new hope in the fight against HIV and AIDS, genetics researchers have discovered a way to immunize monkeys against the Simian Immunodeficiency Virus, a close relative of the HIV seen in humans.

A team led by University of Pennsylvania pediatrics specialist Philip Johnson discovered that by adding a gene into the muscle mass of a group of test monkeys, their bodies would begin creating molecules that actively combat SIV.

Given that the key strength of both SIV and HIV is in their ability to rapidly alter biological attack vectors, convincing the body to defend itself from the threat with such regenerating molecules is a huge step towards possibily eradicating the malady.

While it will take years of further research before the findings published by Johnson's team can be introduced to human test candidates, recent advances in genetic tinkering offer solid hope that this discovery may benefit those living with the otherwise terminal illness.