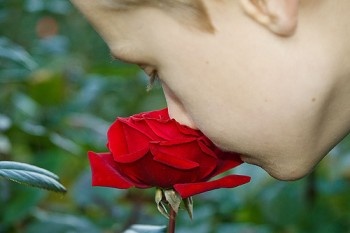 Are you ready to smell your games? Yes? Well then be ready to wait a couple decades, because researchers at Birmingham University have hit a few snags in getting their videogame smell-o-vision technology to actually work.

When news broke last month of a project at Birmingham University to create a system that uses aromatic wax, a fan and a PC to potentially create games that you could not only see and hear, but smell, the potential seemed endless. Suddenly NBA 2K becomes ten times as immersive when you can smell Charles Barkley's sweat while posting up deep in the paint. You'd fire off a mortar in Gears of War and catch the scent of smoke and cinder in the air.

Well it turns out that the engineers at Birmingham may have revealed their project a little bit too soon. According to research director Bob Stone, the "delivery mechanism is clunky" and the "technology doesn't work, not at the moment anyway." Stone sounds decidedly pessimistic about the project, pointing to the inherent flaws of a smell-centric mechanical system.

"As long as you've got something that needs to be physically wafted at the human face you'll have delivery problems because it's going to be noisy, clunky and you'll not be able to remove the smell," Stone said.

He also downplayed the potential impact it could have for games: "If you can create great content which makes your hairs stand on end using visuals and music, then what's the smell going to add to that?"

Stone thinks there could be some use for smells in games, but that the idea is most likely a dead end. "With current levels of technology and, bearing in mind the complexity of how smell is linked to memory, spatial awareness and even emotion, I can't see how it's going to be used," he said. "We're looking at 20 to 30 years before this technology works."