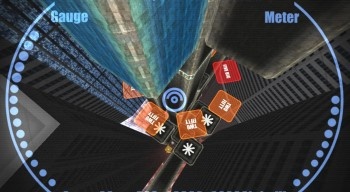 Thailand's Criminal Court has ordered 72 online gaming and gambling websites to shut down following the death of a 12-year-old boy who committed suicide after his father banned him from playing videogames.

The Court ordered the Ministry of Information and Communications Technology to close down the 72 sites because they were "encouraging people to place online bets or hooking them on computer games," according to a report by the Bangkok Post. Suchart Wong-anadchai of the Department of Special Investigation said internet service providers caught offering access to online gambling would face a fine and jail term, and also have their ISP license revoked.

The court order follows the suicide of 12-year-old Pongsathorn Wattanabenjasopha, who jumped from the sixth-floor balcony of his school after his father took his videogames away. After examining his mobile phone, police said the boy had sent numerous emails to friends complaining about being grounded and warning, "Tomorrow is my last day." Thai officials criticized the parents for cutting the boy off gaming completely, saying, "For children addicted to gaming, the most effective approach is not to ban games but to regulate the time spent gaming."

Rajanagarindra Child and Adolescent Mental Health Institute Director Bundit Sornpaisarn claimed that children addicted to videogames who have an "aggressive mentality" are more likely to commit suicide than others and said parents should use "positive communications" when dealing with addicted children. Parents need to control their emotions, he said, and listen to their children's views in order to "bring positive responses."

While harsh, the government's reaction to Pongsathorn's suicide isn't entirely surprising. In August 2008, the Thai government described videogames as a "time-bomb [that] has already exploded" and urged retailers to pull Grand Theft Auto IV off the shelves after a teenager claimed he murdered a taxi driver while imitating the game.