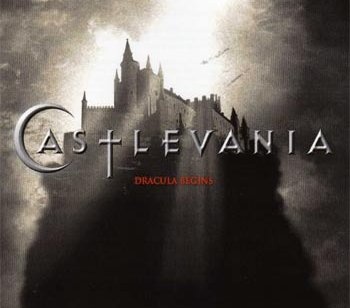 Rest easy, Castlevania fans. The Castlevania movie will most likely not get the chance to butcher your beloved franchise because the project is reportedly dead.

The already tarnished reputation of game-to-movie adaptations may have dodged a bullet recently, as the once Paul W.S. Anderson-helmed Castlevania flick, in the works since 2006, has been officially canceled, according to Bloody Disgusting's sources.

There's a term we showbiz types like to use: "development hell." Castlevania was apparently in it. Originally, the project was supposed to be directed and written by Anderson, who is best known for making the first Mortal Kombat movie, Death Race, and contributing to the three Resident Evil flicks. Somewhere along the line, he dropped the directorial reins for greener pastures, only to return to write the script, which reportedly focused on the origins of Dracula and his beef with The Belmonts (hence the "Dracula begins" tagline).

The film was then attached to director Sylvain White, and when that didn't work out, was being shopped around town before being completely axed altogether.

They could have reworked the script into a Twilight-style romance where Simon Belmont falls in love with Dracula's daughter but their love can never be, but oh well. This movie no longer exists, and Castlevania 64 can rest easy knowing that it still can lay claim to the throne of worst Castlevania idea ever.

Extra Punctuation: Is That Castlevania in Your Pocket? Yahtzee Croshaw 29 Comments

Movie Defense Force: BloodRayne - Meatloaf Is A Vampire In It Jimothy Sterling 32 Comments
Comments on