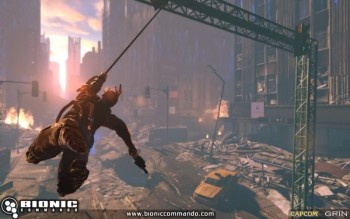 Bionic Commando developer GRIN has reportedly laid off over 100 employees and is rumored to be closing its operations in Gothenburg and Barcelona.

There's been no confirmation at this point but Kotaku says "multiple sources" have reported on the cuts. The company will apparently be eliminating nearly 30 employees from headquarters in Stockholm, Sweden, while the closure of its offices in Gothenburg, Sweden and Barcelona, Spain, will run the total layoffs to 100-160 people.

Released this month, GRIN's Bionic Commando earned mixed reviews, praised as a "highly entertaining action game" by VideoGamer.com but criticized by 1Up for its "unfortunate design decisions that replace satisfaction with frustration." Sadly but perhaps not surprisingly, the studio's two movie crossover releases, Wanted: Weapons of Fate and Terminator Salvation, didn't fare as well, with Metacritic scores of 62 and 51 respectively, across the Xbox 360, PlayStation 3 and PC platforms.

At this point it's all a rumor but as Kotaku noted, with this many sources saying the same thing it doesn't look good. We've dropped a line to GRIN seeking confirmation and will update when we have news.

Gallery of the Day: 8 Christian Bale Movies Not About the Dark Knight DrStrangelove 34 Comments

Terminator: Everything You Need to Know Before Watching Terminator Genisys Marter 8 Comments
Comments on