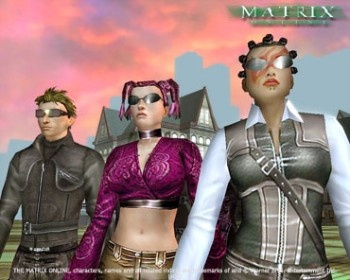 After four years of operation, The Matrix Online is cutting the hard line.

In a farewell message posted on the official Matrix Online forums, Producer Daniel Myers revealed that Sony Online Entertainment will pull the plug on the sci-fi MMOG on July 31. "It has been a good run. Where many games have fizzled out before or shortly after launch, by August we will have lived on in our home at SOE for more than 4 years," he wrote. "To this day, I have never worked with a community as dedicated as The Matrix Online community."

Perhaps inspired by the blaze-of-glory finish of Tabula Rasa, the Matrix Online team is promising a big "end of the world" finish for its players. "It won't be quite the same as having over 100 developers in the game as Agents like when we ended beta, but we have 4 years of tricks up our sleeve," Myers continued. "It'll be a chance to revisit all the things that make MxO the memorable experience it is. And how could we pull the plug without crushing everyone's RSI just one more time?"

An FAQ following the announcement says Sony will stop billing for the game effective June 1 and that anyone with a multi-month subscription or game time card that extends past that date will have the balance refunded. The Matrix Online forums will remain available for a brief period after the game ends, with a specific closure date to be revealed later.

"I have a lot of fond memories from my years working on MxO. We've had a good time in the Machines' little playground and will be sad to see it end," Myers wrote. "I hope everyone enjoys the last few months of playing The Matrix Online. See you on the other side."