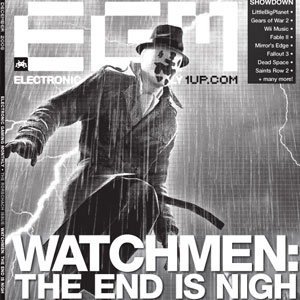 Electronic Gaming Monthly, which was laid to rest just a few months ago when Hearst Corporation acquired the 1UP Digital Network, is making a comeback.

Steve Harris, who founded EGM in 1988 and then sold it to Ziff Davis in 1996, has made a deal to "re-acquire certain assets, including trademarks and publishing rights, with plans to re-launch EGM in the second half of 2009." Ziff Davis pulled the plug on the magazine in early January 2009.

"The re-launch of Electronic Gaming Monthly represents a welcome opportunity to continue delivering quality content to gaming enthusiasts," said Harris. "I feel honored to once again be associated with this respected magazine. The talented writers and designers who built upon EGM's original vision have left behind a publication that is uniquely positioned to be successful."

Harris promised an "evolution" of the EGM brand, saying he believes readers will "enthusiastically embrace the changes we are planning to introduce," but did not offer any specifics, including whether it would return as a print magazine or a website. More details about EGM's future will be revealed at E3 and gamers can also watch for updates on Twitter and Facebook.