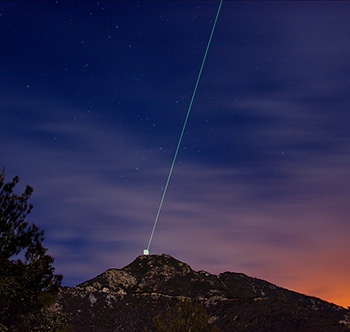 The array, which boasts 192 separate laser beams and takes up an entire football field of space, can be focused on a single point no bigger than the size of a pencil eraser, making the NIF the world's strongest laser beam.

Though you can almost hear warhawks cackling ominously with thoughts of destroying Alderaan, officials say it will be used for "a multifaceted assignment that will include ensuring that aging nuclear weapons are still functioning properly without resorting to underground testing."

Additionally, plans are underway to use the array in "the study of astrophysics and experiments in developing green energy programs."

Realistically though, I think we all know where this is heading: Val Kilmer, a house full of popcorn, and hilarious 1980s hijinks.