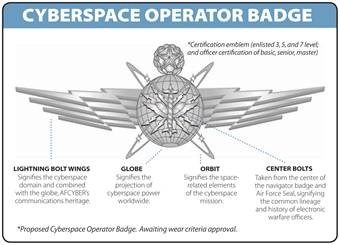 The former head of the U.S. Air Force Cyber Command believes the lack of interest in computer programming among U.S. youth is creating a very serious vulnerability in the nation's security.

The lack of American kids who actually know how to program computers is resulting a shortage of "cybersoldiers," according to Air Force General Robert Elder, who told author and media studies professor Douglas Rushkoff that the U.S. could find itself surpassed in cyberskills within the span of a single generation.

"General Elder has no problem attracting recruits ready to operate robots or fly drones using controllers modeled after the ones that come with the Sony PlayStation. Hell, they love playing videogames already," Rushkoff wrote on The Daily Beast. "His problem is finding high-school graduates with any experience or interest in actually programming all this stuff."

Rushkoff said U.S. kids aspire to become game designers while kids in India, China and Russia are learning how to write the code that will actually run those games. As a result, he wrote, "Our competitiveness in war, as well as in the high-tech market, is already being propped up by outsourcing contracts only as durable as the bank loans they're being funded with."

The underlying problem, according to the author, is a culture in the U.S. dedicated to end users which is strongly encouraged by a punitive and heavy-handed copyright system. "Instead of learning how to program a computer, our kids learn how to use one as it has been delivered," Rushkoff wrote. "In a computing marketplace where altering one's iPhone will 'brick' its functionality and where user improvement to programs is treated as an intellectual-property violation, it's no wonder we have adopted the attitude that our technology is finished and inviolable from the minute it has been purchased."

"It's time for an academic revolution as profound as the one motivated by the Sputnik launch," he continued. "If the false threat of the Soviets painting a sickle on the moon was enough to get calculus taught in a majority of American high schools, the real threat of a communications infrastructure meltdown should be enough to get us teaching Basic to Boy Scouts."