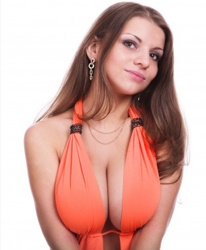 UPDATE: Well, well, well. Turns out we might've been played. A joke, perhaps, and a ploy for publicity - but a hilarious joke nonetheless.

Russian adult actress Anna Morgan has signed a deal with a MMO gold-selling website to have its name and URL tattooed on her bazongas.

Anna Morgan's emblazoned ta-tas will be featured in films produced by LA-based Top Studios, with whom she has just signed a multi-year contract. The inking will be done at Soul Tattoo Shop (wherever that is) on June 15.

A View from the Road: How I Learned to Stop Worrying and Love the Microtransaction John Funk 34 Comments

Critical Miss: A Comic About Breasts The Wooster 100 Comments