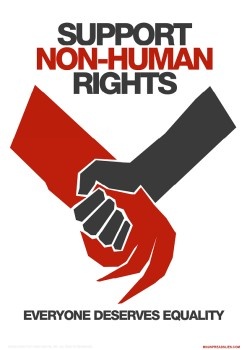 IGN is holding a contest that will send one lucky winner on an "Insider Access" trip to the 2009 San Diego Comic-Con that could include a meet-and-greet with Peter Jackson and the cast and crew of District 9, but there's a catch: Only boys can play.

The winner of IGN's District 9 VIP Access Sweepstakes will be sent to Comic-Con in San Diego where they will be an "IGN Special Correspondent," a job that's probably not overly demanding but will no doubt include a lot of perks, including a possible meet-and-greet with Peter Jackson and the cast and crew of District 9. The grand prize includes airfare to San Diego, two nights accommodations, two weekend passes to Comic-Con and access to special District 9 events taking place during the show.

The standard contest restrictions apply: Entrants must be residents of the United States, must be available to travel to San Diego for the weekend of July 23-26, must grant the right to use name and likeness for future publicity purposes, etc. But one unusual requirement sticks out from all the rest like a sore Adam's Apple: The contest is only open to males.

There are a lot of good reasons for this, of course. Chicks don't like comic books. Chicks don't understand sci-fi. Asking a chick to "cover" a complex, multi-layered film like District 9 is unfair and obviously expecting way too much. And let's face it, this is an internet contest so it's not like many chicks are going to find out about it anyway.

In spite of all that, it's difficult to understand why, with all the "women's lib" stuff that's so popular these days, IGN would choose to have a contest that's only open to the dudes. I thought for a second that perhaps the "males only" angle was meant to reflect the movie's themes of segregation and exclusion, but then I remembered that this is IGN we're talking about. Maybe there will be strippers?

Whatever the case, I'm sure the boyfriends of the nation will be happy to explain it using small words and short sentences when they get home.

via: Comics Worth Reading

Gallery of the Day: 8 Spaceships From Amazing Movies DrStrangelove 18 Comments