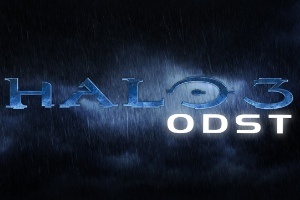 The increasingly ambitious scope of Halo 3: ODST explains the dramatic increase in the asking price for the game, which was once described as an "expansion pack" but will carry a $60 price tag like a full retail game, Microsoft says.

"We do not view this as a $60 title," Bungie's Joe Staten declared after the announcement of Halo 3: ODST (then Halo Recon), which was being pitched as an expansion pack of sorts for Halo 3. Apparently times change, and so do price tags. Halo 3: ODST, as was revealed last week, will run for that exact amount - $60, just like a full-fledged game.

So what's with the price hike? Are Bungie and Microsoft hurting for cash these days just like the rest of us? "At the time of those statements, the overall scope of Halo 3: ODST was not yet finalized, and since then the project has grown increasingly more ambitious," a Microsoft rep told Joystiq. "We believe this standalone experience is much more than just an expansion. Halo 3: ODST provides a new campaign from the point of view of an entirely new character."

Microsoft also reminded us that ODST also comes with three new multiplayer maps, a new co-op mode and the "complete Halo 3 multiplayer collection," thus making it a "good value and tremendous addition to the Halo franchise." It does sound a bit like a whole lot of disparate parts attached to one relatively weighty campaign and slapped with a full retail price tag.

Based on Bungie's demo of ODST's campaign at E3, I don't doubt that it'll probably be a high-quality Halo 3 experience, but I'd have to know more to judge if it'll be worth it. Hardcore fans would probably buy this if it cost $100, and they can - ODST will ship in a collector's edition that will run you a single Benjamin.