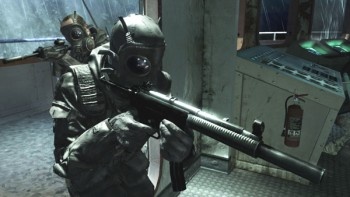 Mike Hickey of Janco Partners predicts that Modern Warfare 2 will sell over 11 million units in 2009, quite likely making it the biggest videogame launch of the year.

Released in 2007, Infinity Ward's Call of Duty 4: Modern Warfare was a huge hit both critically and commercially, becoming the top-selling game of the year despite being released in November and breaking the 13 million unit sales mark in May of 2009. In light of that you may wonder why guys like industry analyst Mike Hickey get paid to make the bold prediction that the sequel, Modern Warfare 2, will probably be a pretty big seller too, but let's give him credit for going out on a limb far enough to attach a specific sales number to the game months before it's actually released.

Hickey predicted that Modern Warfare 2 will put out 11.1 million units by the end of 2009, surpassing the mark set by its predecessor and generating $803 million in revenue. "Given our CY09 sell through estimates for Modern Warfare 2, it's possible that the game could be one of the largest entertainment releases of all time," he said.

Hickey's comments will no doubt please Activision Brand Manager Simon Wells, who said in April that Activision wanted Modern Warfare 2 to be the "biggest selling videogame of all time."