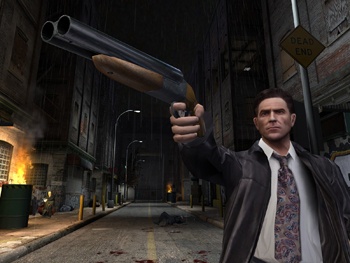 Rockstar Vancouver has revealed that Max Payne 3 will feature an all-new voice actor for the titular character.

The studio decided someone older was needed to provide the voice of the disheveled, broken-down Max Payne in the upcoming game, according to a preview by Game Informer. As a result, James McCaffrey, who did such an outstanding job bringing the character to life in the first two games, has been cut loose.

His replacement hasn't been named but don't expect any kind of stunt casting in the new Max Payne; Jeronimo Barrera, Rockstar Vancouver's vice president of development, claimed the studio doesn't intend to hire an "established star" to take on the role. "We're good at [casting]," he said. And despite the fact that virtually everything has changed, the studio claims Max Payne 3 will include all the stuff that made the first two releases so good.

"All the Max Payne themes will remain intact - manipulation, betrayal, and the stuff that really made Max Payne," said Rob Nelson, art director on the project. "Will there be night-time levels in the rain? Probably, but level after level of that stuff would get old, so we thought it would be interesting to put him in this environment. You have the very rich living next to the very poor, and that creates a lot of tension."

Bullet Time will feature prominently in the game, of course, and Max will now be able to take human shields in combat and recover from near-death with a jolt of adrenaline that kicks in when he takes down his assailant with a "last-minute bullet." Not much else was revealed beyond what's already known: Max has packed on some pounds, lost his hair, moved to Brazil and become addicted to pain medication.

Despite the protestations, every time I hear something new about this game it sounds less like Max Payne and more like "generic shooter number 17." It's hard to take seriously the claims that all the Max Payne greatness will remain intact when virtually everything about the game, aside from the fact that it's about a dude with guns and a pill problem, has changed. Regardless of the reason, replacing the voice actor is a huge departure and a huge risk; it's not unprecedented, but some character voices are simply too iconic to be messed with and there's no doubt in my mind that Max Payne is one of them.