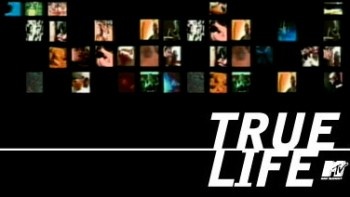 MTV is looking for "videogame addicts" to appear on True Life, the reality television series that documents the lives of people who don't mind flaunting their problems on national television.

Debuting in 1998, True Life "has told remarkable real-life stories of young people and the unusual subcultures they inhabit." The show has covered a range of topics since then, with episodes including "I'm on Crystal Meth," "I'm a Backyard Wrester," "Sex2K" and "I'm Coming Home From Iraq." It's an interesting mix of topics, some serious and some seemingly less so, and now the show wants to turn its attention to videogame addiction.

A message posted on RealityWanted.com outlines what the show is looking for. "Have videogames totally taken over your life? Is your game play increasingly getting out of control? Have your friends or family confronted you about your gaming habit? How about your marriage or personal relationships - are they being affected? Is it difficult to balance work and gaming time? Do you sometimes skip doing homework or household responsibilities to play? Have you played videogames as a way of escaping your problems? Has your game playing habit become so encompassing that you may need to go to rehab to kick it?" it says. "If you can identify with any of the above, MTV wants to hear from you."

This isn't True Life's first crack at gamers; in 2005, MTV aired an episode of the show entitled "I'm a Professional Gamer." People interested in appearing in this presumably less-upbeat take on the gaming scene must "appear to be" between the ages of 18 and 29, and have no qualms about airing their dirty laundry in front of millions of strangers. Sound like you? Have a look at the online casting call here.

The Mainstream is Coming! Tycho Brahe 9 Comments
Comments on