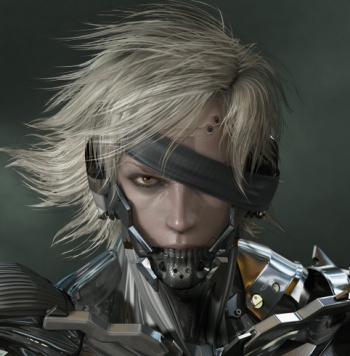 Now that Metal Gear Solid is making its way to the Xbox 360 with Rising, the "third-party playing field" has been leveled and definitions of what an "exclusive" is have changed, says Microsoft's Shane Kim.

Microsoft didn't score an exclusive with the upcoming Metal Gear Solid Rising, but the simple fact that the MGS franchise, which didn't come to the 360 for MGS4, is now on a Microsoft system changes everything, thinks Microsoft VP Shane Kim.

"I still think exclusive content is really important," Kim told Gamasutra. "First of all, in games, we've said for a long time that a key part of our strategy with Xbox 360 was a level third-party playing field. Now we've effectively done that with Metal Gear Solid coming to the Xbox 360."

Kim remarked that since the 360 is the "second leading platform," third parties like Konami can't afford to ignore it, economically speaking. That's become a truism for some time now, with Metal Gear Solid 4 being a rare exception to the rule that most third party games are multiplatform. First-party exclusives now stand in for the Final Fantasy VIIs and Soul Calibur 1s of yore, but the very definition of what "exclusive" means should shift too, Kim said.

"But I also think we have to broaden our definition of exclusive content now," he said. That means exclusive DLC like Microsoft's Grand Theft Auto IV episodes, but also "things like Xbox Live, because I do think Xbox Live is a real competitive differentiator for us."

And since relying on third parties isn't "sustainable," as Kim says, offering things like Project Natal are the new ways of creating exclusive content. "It's up to each of us to differentiate on our own," Kim said. Is something like Natal really "differentiating," is the age of the exclusive game really over, and is "differentiator" a word? I'd say maybe to the first, yes to second and uhhhh to the third, but what do you guys think?

DICE 2008: Microsoft on the Defensive Russ Pitts 1 Comment
Comments on