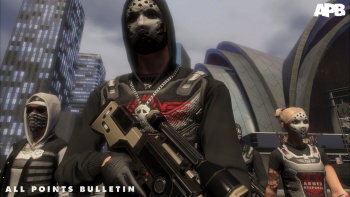 In addition to upcoming MMOG APB, Crackdown developer Realtime Worlds is working on another "very ambitious" MMOG project that they'll announce next year.

Realtime Worlds is certainly living up to the "worlds" part of its name. After making supercop sandbox game Crackdown and the upcoming MMOG All Points Bulletin, the studio still has more worlds to reveal. As creative director Dave Jones revealed today, Realtime Worlds is working on another MMOG in addition to APB.

Referring to the game as a "very ambitious project" that his studio is "very excited about," Jones would say nothing more than to look forward to more next year. "It's even more ambitious than APB," he told Gamasutra. "We'll enjoy talking about that in 2010."

Ambitious has to be the key word for the project, because Realtime Worlds has been working on it since its inception in 2002. This MMOG was the first game the studio ever worked on, the original game it raised money to create. So it must be something that's very close to the hearts of Jones and his team. Let's hope it'll see the light of day before too long.

The Games of Summer tendo82 10 Comments