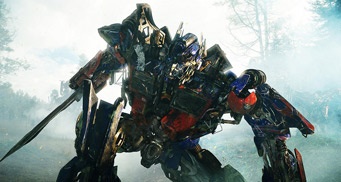 Transformers: Revenge of the Fallen has made its money back, and in just five days.

Transformers: Revenge of the Fallen, the sequel to the hit 2007 movie, cost a whopping $200 million to make, a pretty steep threshold to get over before the movie makes a profit. So how long to you think it'll take before it breaks even, two weeks, maybe a month?

The movie's terrible reviews, including one from our very own MovieBob, hasn't kept the crowds away, and the movie has made an estimated $201.2 million in the five days since it opened in the US on Wednesday, already putting the movie in the black and nipping at the heels of The Dark Knight. Of course, that total doesn't include the UK or Japan, where the film opened last week, so Paramount and Hasbro are probably grinning like Cheshire Cats right now, especially seeing as they conservatively predicted $130 - $150 million.

It looks like Revenge of the Fallen is well on its way to being the biggest movie of the year, a title currently held by the new Star Trek movie, which grossed $246 million in seven weeks. I'll be over here, weeping for my childhood.

No Right Answer: What Should Michael Bay do? Firefilm 80 Comments