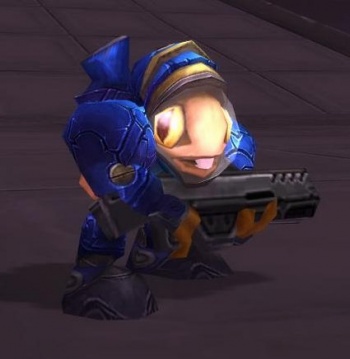 PC behemoth Blizzard seems to be rather taken with the word "Cataclysm," having filed no less than three trademarks concerning the name. Cue wild speculation from the masses.

I suspect it may actually be someone's job to scour new postings in the world of trademarks purely for the sake of discovering new videogame-related listings. Hawk-eyed watchers discovered that last Friday, PC titan Blizzard filed a trio of trademarks, all involving the word "Cataclysm," though with enough variety between them that it's hard to nail anything down with certainty.

The first listing mentions delivering computer games via some sort of online network, leading some to guess that Cataclysm will be the revamped Battle.net 2.0:

Listing number two seems to clarify that it's referring to a game - or at the very least, game-related peripherals. Still, nothing that explicitly negates the idea of a Battle.net relaunch:

...and then we come to the third (and final) trademark claim. This one is a bit of a doozy, and suggests a marketing full-court press on a scale that really wouldn't fit a new digital distribution platform:

Now, it's no secret that Blizzard has been working on an unannounced next-gen MMO confirmed to be a brand-new IP, leading some to speculate that Cataclysm would be the name of this new title. Sounds vaguely post-apocalyptic, eh?

However, WoW.com did some digging around, and found that the web domain wowcataclysm.com expired on June 26th - the same day that the claims were filed - and is now held by GoDaddy, the same site that handles all of Blizzard's domains.

So, might Cataclysm be the next expansion pack for the behemoth MMOG? It would fit with the lore, perhaps sending players to deal with one of the few forces on Azeroth more powerful than the Lich King - the Naga Queen Azshara, lurking in the depths of the Maelstrom. On the other hand, wasn't The Burning Crusade originally trademarked as World of Warcraft: The Burning Crusade? Why drop the WoW name?

And more importantly, if it is the new WoW expansion, how the hell are we going to refer to it without a handy acronym like TBC or WotLK?

I suppose we'll find out more at next month's BlizzCon...