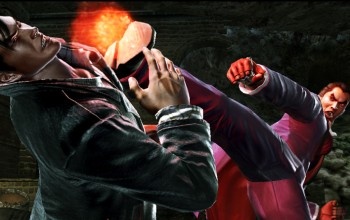 Tekken series director Katsuhiro Harada says the concept of unlockable characters in fighting games made sense in the past but is "outdated" in the modern videogame market.

You know how it goes. You bring home a hot new game, fire it up for the first time and feel a dull sinking in your chest as you realize that you're going to have to work at the thing before you can really start to play it. If you're a PC gamer you can usually go online and find a patch that will unlock all the good content without forcing you to spend hours beating on the stuff that sucks but if you're playing on a console, you're generally out of luck.

Fortunately for Tekken fans, Harada feels your pain. "Why we locked the characters originally was that in the arcades, it was kind of to extend the life of the game by gradually unlocking characters. And also with the home versions as well, because you can rent games or whatever, it was to protect us against that," he explained.

"That's kind of outdated now though, especially with online play," he continued. "If we were to have locked characters it would irritate a lot of people, to be playing against others online and to not have all the characters available. So I think it's no longer useful."

I can think of at least one game critic who would wholeheartedly agree.