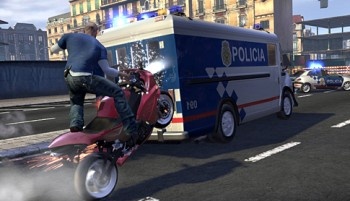 Midway's sale to Warner Bros. has been approved by a U.S. bankruptcy court, which also noted that objections to the sale, including a lawsuit filed by Mortal Kombat film producer Lawrence Kasanoff, have been "resolved."

Warner offered $33 million to buy "substantially all" of Midway's assets in what turned out to be the only bid on the bankrupt company. The deal had been opposed by several parties, including Kasanoff, the producer of the 1995 Mortal Kombat movie, and Vin Diesel's Tigon Studios, which developed Wheelman alongside Midway in 2009, but the judge in the case indicated that all such objections had been resolved.

The settlement between majority shareholder Mark Thomas and Midway's unsecured creditors has also been approved. Thomas agreed to walk away from Midway and give up $30 million in secured debt and $40 in unsecured debt in exchange for a $5 million payout. Thomas purchased an 87 percent stake in Midway from Sumner Redstone in December 2008 for $100,000.

Unfortunately, the deal won't save Midway's studios in San Diego or Newcastle, which were not picked up in the sale. A Midway rep told Joystiq that it hasn't received bids on either of the studios and has thus given employees a 60-day notice of forthcoming closure as required by U.S. law. But the company rep expressed hope that someone would rescue the San Diego operation before the shutdown, saying, "For now those employees are continuing to work and it's still entirely possible that a bidder could come in and acquire the San Diego assets."

The sale of Midway to Warner Bros. is expected to close within ten days.

No Right Answer: What Do We Want in the Justice League Movie? Firefilm 45 Comments