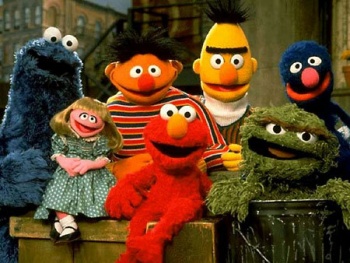 Not everyone thinks games are out to get children: A report from the minds behind Sesame Street details the many positive effects gaming can have on kids.

If you're here reading The Escapist, you're likely more than aware that videogames are the most relevant media form of modern generations: Children are just as likely to come home and fire up their Xbox as they are to plop down in the couch to watch some TV - if not more so. Yet as popular and important as games are in the life of today's youth, adults seem to not really understand them, and frequently buy into all the hype and uproar over the more controversial titles.

The Joan Ganz Clooney Center at Sesame Workshop - aka some of the minds behind iconic childrens' TV show Sesame Street - thinks that this needs to change. Videogames can be a force for good, says a recently-released report, but very little is being done to examine exactly how games can have positive effects on youth. "Despite their reputation as promoters of violence and mayhem, digital games have in fact been shown to help children gain content and vital foundational and 21st century skills," the report claims.

Active games like Dance Dance Revolution have been adopted in physical education programs, and with the unveiling of Project Natal and the PS3's motion control, all three consoles have been moving toward supporting games that encourage motion beyond sitting sedentary on a couch. But games can help childrens' physical well-being beyond encouraging exercise, says the report, pointing to games like the cancer-fighting Re-Mission.

The full report is pretty lengthy, but it's a fairly interesting read if you've got time. It's actually very refreshing to see no less an authority on kids' development than Sesame Street talk about how the medium can be a force for good, rather than a force to teach children how to run over prostitutes with a Ferrari. Of course, it makes sense when you think about it: Sesame Street was one of the programs that initially showed how television could be used to educate children back when the ol' boob tube was the target of its own moral panic. Grover, Elmo, and Big Bird are no stranger to this sort of argument, that's for sure.

Perhaps most importantly, the report urges parents and caretakers to play games with their children in order to provide the proper context. It's unlikely that we'll see Bert and Ernie playing Gears of War co-op together anytime soon, or indeed any videogame presence on the show itself (One opponent teabagged... two opponents teabagged, ah-ah-ah!) but it's the thought that counts, right?

This post has been brought to you by the letters P, W, and N.

Trailers: Sesame Street: Once Upon a Monster Team Hollywood 14 Comments