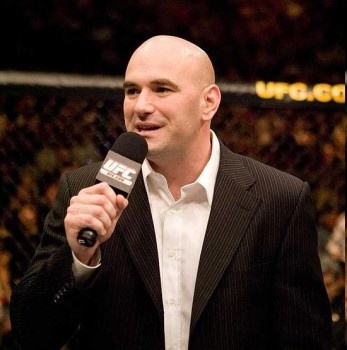 Rumors that White would take a dim view of any mixed martial arts fighter who agreed to appear in the upcoming EA Sports MMA first surfaced at the beginning of July. The report was uncorroborated but, as it turns out, also quite true: At UFC 100 on Saturday, the always-outspoken UFC boss made his bad feelings toward EA Sports very clear.

White said the UFC had previously approached EA Sports about establishing an MMA game franchise, but the offer was rejected. "EA Sports told us, 'You're not a real sport. We wouldn't touch this thing. We want nothing to do with this'," he claimed.

The UFC eventually threw in its lot with THQ instead, resulting in the hit UFC 2009 Undisputed, which sold over one million units in its first month of release. In light of that and the runaway popularity of MMA, EA is now looking for a piece of the action and White isn't happy about it.

"We put our asses on the line, THQ and the UFC, to make a videogame deal in the worst economy in the world. We go out there and do this thing, and it's successful, and now [expletive] EA Sports wants to do a video game. Really? That's not what you told us a year and a half ago," he said.

"You told us you'd never be in business with us. They wouldn't even take a meeting because mixed martial arts disgusted them. This wasn't a real sport. Boy, they got over that real quick, didn't they?" White continued. "I'm not tap-dancing around this thing or whatever. I'm telling you straight-up, I'm at war with them right now. That's how I look at it."

He also made it clear that he expects that same level of anti-EA commitment from his fighters and any fighters who aspire to be in the UFC. A agreement has been worked out to allow five-time UFC champion Randy Couture to appear in EA Sports MMA but White implied that was a one-off deal, warning that any other fighters who take part in the game "won't be in the UFC."

EA Sports MMA is currently scheduled for release in 2010 on the Xbox 360 and PlayStation 3.