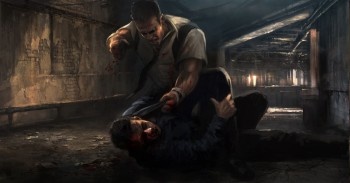 Despite frantic efforts by management to attract new ownership, U.K. studio Midway Newcastle has been forced to close its doors.

Midway's sale to Warner Bros. Interactive Entertainment for $33 million was approved in early July, but the deal didn't include Midway's studios in Newcastle or San Diego. Warner had no interest in either of the operations, leaving management to find other interested parties who could keep the studios afloat.

Unfortunately for the Newcastle team, the effort to bring in new ownership was a failure; Midway CEO Matt Booty reportedly delivered the bad news today personally, with human resources personnel and an "insolvency team" brought in to help close down operations as quickly as possible. The closure reportedly took place the day before employees were due to be paid and they've now been told that there's no money available to cover payroll.

The bad break comes less than a month after Midway Newcastle boss Craig Duncan told Develop that he was focusing "100 percent on finding a buyer."

"Every studio head will say it," Duncan said, "but this is a team that's just too good to be wasted."

"Thanks to everyone who supported Necessary Force up until this point. The future of the game isn't uncertain though, it can still return," the team wrote. "[It's] just a matter of when and by which team/studio. All I know is I was part of a team which did its best and stayed professional til the end."