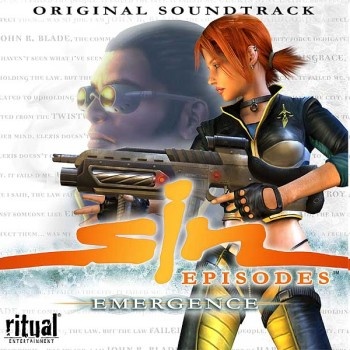 Nine Japanese videogame musicians took part in a roundtable discussion for the most recent issue of Famitsu, among them Keisuke Ito (the Pokemon Mystery Dungeon series), Nobuyoshi Sano (Tekken, Ridge Racer), Takenobu Mitsuyoshi (Shenmue, Sega Rally), Takayuki Nakamura (Lumines, Virtua Fighter), Hidenori Shoji (Yakuza), Masato Kouda (Monster Hunter) and Shinji Hosoe, who created the music for many Namco games in the early 90s. The group answered a number of questions posed by the users of Noisycroak, including one about their opinions of music in Western videogames.

"You see a lot of first-person shooters put huge budgets into the music, hiring full-on orchestras and so on," Sano said. "They basically make games like they make movies and they use vast sums of money on it, so if you're asking me what I think about it, I'd respond that I'm jealous!"

"In the US they'll borrow a tank just to record sound off of it," Hosoe said. "We just can't do that here."

Despite the huge budgets for music in many American games, however, the Japanese developers weren't entirely uncritical of the result. "A lot of it does a gorgeous job at creating atmosphere, but what you never see is really unforgettable melodies -- like you see in Kouda's Monster Hunter, for example," said Mitsuyoshi. Sano concurred, saying, "That's what makes Monster Hunter so great. There's real warmth to the music, where I think the Hollywood orchestral sound has this image of being pretty dry in my mind."

And while the participants expressed good-natured envy at the amount of money their American counterparts had to work with, Nakamura pointed out that having a big bankroll doesn't necessarily add up to much. "They're great technological achievements and they're made with big budgets, but that isn't what it takes to produce good music," he said.