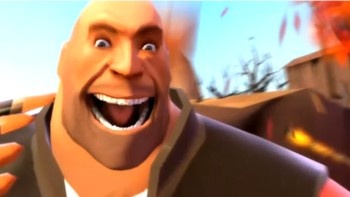 A man from Bound Brook, New Jersey, has been arrested and taken to hospital for psychological evaluation after his "screaming" while gaming attracted the attention of a pedestrian, the police and ultimately the SWAT team.

The incident began Tuesday afternoon when a woman called police to report screams emanating from a house she had walked past. Police responded and asked the man who answered the door, who cannot be identified due to the ongoing investigation, if anything was wrong; he responded that he was yelling because he was playing videogames.

At this point, things get a bit hazy. The man became "irrational," according to a report by mycentraljersey.com, although why or in what fashion is unknown. More police showed up and the man became "increasingly irate," refusing the let the officers into his house, threatening them and eventually "slamming the door" on them.

The situation escalated further. The SWAT team was called in while police maintained contact with the man through open windows. And then, about an hour after it all started, he left the house "without incident," at which time he was arrested, charged with disorderly conduct and taken away for his psych evaluation.

Details are scarce and it's impossible to tell if this guy was a legitimate nut-job or just one of the hardcore who got caught up on a hot round of TF2 and wasn't interested in answering stupid questions from overly-aggressive police. But looking at it purely from the perspective of a gamer I have to think that there's a good chance the police got it wrong. Anyone who's played games online knows what it's like: I've been hurling obscenities at inanimate objects since at least the early 90s and my sister - my respectable, mother-of-three businesswoman sister - yells things that would make a longshoreman blush when she plays Call of Duty 4.

Whatever the case, the lesson seems clear: Hootin' and hollerin' from the bleachers is one thing but if you want to do it in the privacy of your own home, you'd better be ready to answer some questions - politely.