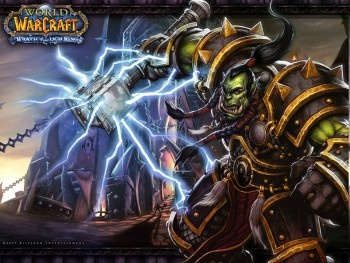 The Chinese government is reportedly investigating Blizzard's potentially illegal role in operating World of Warcraft in the country and could end up imposing a permanent ban on the game as a result.

The Shanghai News and Publication Bureau is apparently conducting a "deep" investigation into Blizzard's relationship with NetEase at the behest of the government's General Administration of Press and Publication. NetEase is the company Blizzard contracted to operate World of Warcraft in China after its existing deal with The9 expired earlier this year.

Unfortunately for Chinese fans of the game, the handover has not gone smoothly. When The9 halted service on June 7, NetEase wasn't ready to assume control of the operation and at last report the game still hadn't come back online. Now it looks as though the problems may go even deeper, as Blizzard is being accused of trying to skirt around Chinese laws that impose restrictions on the ability of foreign companies to operate online games in the country.

Blizzard may have gone beyond simply providing the game for NetEase to run and actually entered into a joint venture to operate the game in order to increase its take of the game's Chinese revenues, according to a report by mmosite.com. But Chinese law forbids the operation of games in the Chinese market by foreign companies, even in partnership with a Chinese firm.

A media analysis of 2008 financial filings by NetEase initially brought suspicions about its deal with Blizzard to the attention of the videogame industry and the authorities. Two rumors have been swirling around the case ever since: One, that NetEase paid a "sky-high revenue share" in order to gain access to the game, which will quadruple the revenues Blizzard was earning in its deal with The9; and two, that the deal between NetEase and Blizzard, purportedly to provide technical support, is actually "a joint venture to operate World of Warcraft and other games."

Industry analysts in China have said that because the case involves "major regulations and policies," and presumably also the undisputed heavyweight champ of western MMOGs, it is "highly likely" that World of Warcraft's operation will be suspended while the investigation proceeds, assuming NetEase is able to (or bothers to) bring it online at all. If NetEase and Blizzard are found to be in contravention of the relevant laws, the punishment could include a permanent ban on the game in China; the current World of Warcraft downtime has led many Chinese gamers to move to the Taiwan server, but whether the authorities will allow that to continue if the game is permanently banned in China is unknown.

UPDATE: JLM Pacific Epoch says the situation for World of Warcraft may not be as bad as it's been made out. Shanghai Municipal Bureau of Press and Publication Vice Director Chen Songqing said the GAPP's investigation into Blizzard and NetEase is standard procedure for any new business, while a "NetEase chief" also denied rumors of a possible ban, claiming the original report "is seriously inaccurate and its main points and language are inconsistent with the truth."