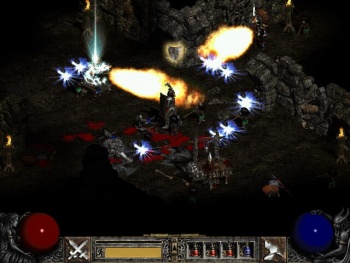 Though information about Marvel Universe remains pretty scarce, interested parties can take Brevik's appointment as a promising sign. His list of credits and credentials runs long: at Blizzard North he was a key player in the creation of Diablo I and II, for which he served as Project Lead, Design Lead and Lead Programmer. Brevik also helped launch the original Battle.net and "multiple game and technology projects" at Blizzard in general.

So, from Diablo to Hellgate and now to Marvel? Can we expect to see Captain America whacking legions of bad guys hoping for a rare superhero rune to drop? We can't say for now, but Brevik seems to think that his new employers are on to something.

"I'm a huge fan of comic books, Super Heroes, and MMORPGs, so the chance to lead the creative efforts for the Marvel Universe MMO is an amazing opportunity," he said. "Gazillion's mission to bring MMOs to the mainstream while maintaining the depth in gameplay that enthusiast gamers demand is something that deeply resonates with me."

More info on Marvel Universe's sure to spill out later this week during Comic-Con, where Brevik will take part in a panel on MMOGs, so hopefully we'll get a better picture of how the game fits into the increasingly crowded superhero MMOG sphere.