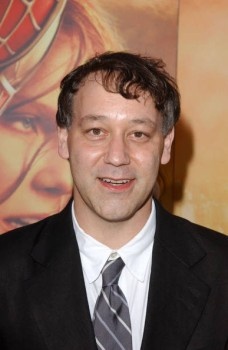 Spider-Man director Sam Raimi has been signed to direct a film adaptation based on Blizzard's massively popular Warcraft universe.

Raimi broke into the industry at the helm of the cult classic Evil Dead films before hitting the big time in 2002 with Spider-Man, which broke numerous box office records and went on to become the highest grossing film of the year, bringing in over $400 million in North America alone and generating two even more lucrative sequels. His most recent project was Drag Me to Hell, a critically well-received return to his horror roots.

"Blizzard Entertainment and Legendary Pictures have a shared vision for this film and we searched at length to find the very best director to bring that vision to life," said Paul Sams, chief operating officer of Blizzard Entertainment. "From our first conversation with Sam, we could tell he was the perfect choice. Sam knows how to simultaneously satisfy the enthusiasts and the mainstream audience that might be experiencing that content for the first time. We're looking forward to working with him to achieve that here."

A Warcraft film has been in the works since at least 2006 but little has been heard about the project in recent yeras. Cast and script details have not been released but according to the Internet Movie Database, the film now has a tentative release target of 2011.

"At its core, Warcraft is a fantastic, action-packed story," Raimi said. "I am thrilled to work with such a dynamite production team to bring this project to the big screen."

Raimi's selection as director of the Warcraft film is a good one; he brings not only competence but a legitimate and essential nerd cred to the job. His presence, not to mention the participation of Blizzard which at this point seems pretty much immune to failure, means that we might just be looking at the first videogame movie in history that doesn't suck.

Side note: Anyone who's a fan of Raimi's work would do well to check out If Chins Could Kill, the autobiography of Raimi's long-time friend and collaborator (and B-movie icon) Bruce Campbell. While ostensibly about Campbell himself, the book contains a wealth of information about Raimi, with a particular focus on the years of the Evil Dead era. It's a lot of fun and a must-read for anyone interested in what it's like in the decidedly-unglamorous trenches of the movie industry.