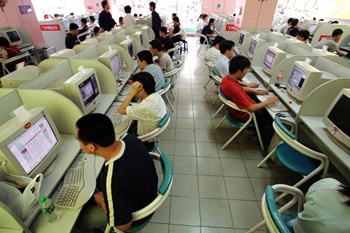 After almost two months' downtime in China, the world's largest MMOG finally looks to be back on track in the area... sort of.

The trials and tribulations of the world's most popular MMOG in the world's most populous country seem to be coming to an end. Back in March, we learned that the Chinese government had blocked the sale of the second World of Warcraft expansion, Wrath of the Lich King on grounds of objectionable content. Next, Blizzard announced in April that they would not be renewing their contract with The9, the operators of WoW in China, instead signing on with competitor NetEase.

Of course, the switch didn't go so smoothly, and earlier this month there were rumors that WoW might even be facing a ban in the country where 5 million gamers make up 40% of the population of Azeroth. Fortunately for Blizzard (and NetEase), those rumors were unfounded - Yahoo! News reports that the game will be allowed to restart operations as of July 30th... but for the time being, will only allow current WoWers online.

Until the changes to the "objectionable" content in WotLK are finalized and approved, the game won't be taking any new blood:

Players who already have accounts will be allowed to play the game starting late next week, but new players will be barred from signing up until the game gets final clearance, the report said. NetEase will not be allowed to charge subscription fees during that period, which is meant to ensure a smooth transition of user data from the operator switch, the official was cited as saying.

Of course, one wonders how much of a difference this makes to all the Chinese players who jumped ship to play on Taiwanese servers, including elite raid guild "Stars," who recently got the world first Yogg-Saron kill without the aid of any Watchers (it makes sense if you know WoW - trust me).