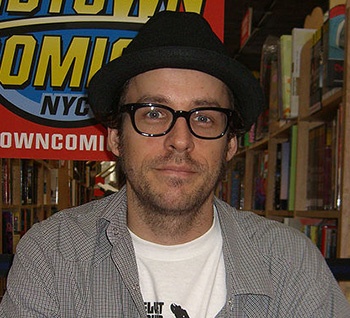 This should come as good news for those gamers wary of any game bearing the name of Tony Stark's metallic alter ego after the first Iron Man title. Though the original was widely praised for its gorgeous visuals, it was simultaneously derided for being a shallow cash-in.

Fraction (pictured) is currently seen as one of the comic book industry's finest writers and hopefully his gaming industry debut elevates Iron Man 2 to something more than a cynical money grab.

Additionally, Sega offers gamers hope in the form of the following statement from this morning's official press release:

The development team at Sega Studios San Francisco has also paid close attention to comments from fans and critics concerning the first Iron Man movie game. As a result of this feedback, Iron Man 2 will feature a greater focus on powerful hand-to hand combat, as well as a completely redesigned control scheme, making it more fun for gamers to feel the power and strength of Iron Man.

I think I speak for everyone when I stare silently at Sega while raising a single eyebrow curiously.

As with most games bearing the dubious distinction of being tied to a film release, the game is scheduled to hit store shelves alongside the film's May 7, 2010 debut.