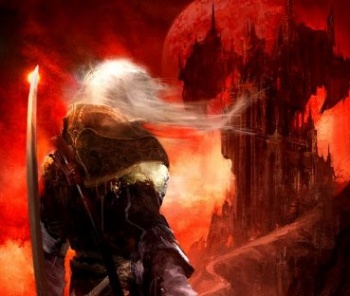 The movie adaptation of Castlevania that seemed dead in the water months ago is apparently back in business with a new director and a new vision that actually doesn't sound that awful at all.

Some Castlevania fans probably breathed a sigh of relief when news broke a couple months ago that the long delayed Castlevania movie adaptation was supposedly dead in the water. Now the project has escaped the fires of development hell and is back in business with a new man leading its direction.

Resident Evil movie director Paul W.S. Anderson is now in a producing role, while James Wan, one of the fellows who created the Saw franchise and the director of the first film, will be handling directorial duties for the flick. "I'm very fresh on this project, so its early stages and I'm still trying to work things out, but the producers love my vision for it," Wan told Bloody-Disgusting. "I'll be working on the script with a writer to give it a new spin, different to the previous versions. This will have my stamp on it which Konami is very excited about."

Don't get too angry yet - Wan's description of his vision for the film actually sounds rather promising, or at least it does to me. "The thing I love about what Konami did with Castlevania, was taking the iconic Dracula mythology and Eastern-European setting, and retelling it with a Japanese pop-cultural sensibility," he said. "That's the East-meets-West tone I want to visually expand on for the film."

It sounds like Wan's Castlevania will take cues from the series' more recent games, with their girly-man anime protagonists. "I'm thrilled by the opportunity to make a highly stylized, fantasy, action film that focuses on the gothic storyline and the cool, anime-like characters," Wan said. "For once, the human hero is as sexy and dangerous as the vampire villain, and his weapon of choice was what attracted me to the project in the first place - The Vampire Killer Whip."

Bloody-Disgusting has what looks like an impressive piece of concept art, which shows somebody with white hair holding a whip in one hand and a katana in the other, facing down Dracula's castle. Fingers crossed this is good, people.